2007 was without a doubt an excellent year for music. I listened to over fifty great albums this year, but these are truly me favorite ones. Some of the albums released this year will probably end up as my all-time favorite albums.

These are the records that forced me to stop, think and listen. They both challenged me and expanded my musical palette. And they are some of the most enjoyable and beautiful records I've had the pleasure to hear. It's interesting to see that in my top ten half of them were from old favorite bands and the others were newcomers. Also, it is interesting that seven different countries are represented by the artists in my top ten albums. I hope you will stop and take a listen to these artists and albums and maybe you'll find a new favorite record as well. 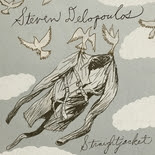 - I see Steven around town sometimes, he is one of the few artists in the circle of Nashville artists that flat out intimidates me. Maybe it's because he's from Jersey and has all the attributes of a no guts no glory northerner, or maybe it's because his first solo album "Me Died Blue" is one of my favorite albums ever. Either way he is a mystery to me. Yet, he doesn't disappoint with this album. He writes with so much charisma and produces some of the most intriguingly beautiful songs I've heard. However, his lyrics can seem a little cryptic, but as my friend Jordan put it, though i might not totally understand them I can feel their meaning. I agree, you have to take it in to get it.

- Produced by Peter Katis, the same guy who worked with Interpol and The National, and highlighted by the humongous, washy guitars and the true scottish accent of the vocalist, this album has all the emotion of those beautiful scottish melodies with the intensity of the best shoe-gazer guitar sounds. A very bold and full-bodied record.

- By far the most interesting production I've heard this year. Chris Letcher is also a filmmaker, which helps explain the dramatic, orchestral arrangements of the tracks. Every track has some unique production element that adds to the intrigue of this album. Many have said he's the most accomplished musical artist to come out of South Africa. Plus, liking this album was a shocking surprise, the reason I originally downloaded it was the awesome album art.

- Jens Lekman is the definition of charming. He wins you over with his bouncy arrangements and deadpan singing delivery. But, his true appeal comes from his twisted humor. For example, in one song he sings about accidentally cutting off part of his finger because his girlfriend put her arms around him. In another, he describes a dinner date where he pretends to be a lesbian's boyfriend as to not upset her ultra-conservative father. He is unorthodoxly clever and and backs it up with undeniably catchy songs. A winning combination in my book.

- A perfect meld of indie rock and electronic music. A completely new sound to me, but one that I instantly took to. It was an album that expanded my musical palette and one that could be an easy gateway drug into other forms of electronic music. Plus, it's flat out just fun to listen to. No album made me smile more this year.

- Bon Iver means "good winter," which is exactly how this album feels. It sound isolated, it sounds introspective, it's sounds like longing. It is a stark, poignant statement from what I believe is one of the best songwriters alive, Justin Vernon. His layered vocal are both haunting and comforting. Very impressive.

- Spoon have perfected their craft. No other band has records that sound like this. They push the envelope with their recording techniques, but maintain songs and melodies that your 12 year old kid sister would love. It's a rare band that can make a musical statement like this and be so universally liked. Every song is a single. Its hard to not like this album.

- I'm going to try to write this without comparing it to Funeral. Recalling dark images of the Antichrist (in the form of Jim Simpson) in Antichrist Television Blues or end times destruction in Black Mirror, as well as images of Heaven in Keep the Car Running and No Cars Go, it seems that the Neon Bible is opened to the book of Revelations. Thematically, Neon Bible has much to say about contemporary Christianity, and it would be good to listen. And musically, the Fire overwhelms in anthemic declarations with cascades of organs, strings, horns and of course Win Butlers voice. A different shift from Funeral(there it is) but a welcomed one, and another proof that they are one of the most important bands right now.

- What could be said about Radiohead that hasn't already been said? They are my all-time favorite band, and I believe the most important band in existence right now. And they've given us just one more reason with In Rainbows, another masterpiece in catalogue of masterpieces. 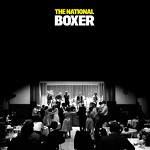 - There are so many words I could use to describe both this album and this band. Perfect comes to mind. I've been listening to this album for 9 months and I'm still discovering new things. As one reviewer put it, "It's a rare album that gives back whatever you put into it." It's a dark, brooding and achingly beautiful masterpiece. It's altogether a very challenging album yet instantly accessible. It's mournful yet hopelessly romantic. It's songs about the every-man yet overwhelmingly personal. Honestly, just listen to it and the re-listen to it and then one day it will hit you like a ton of bricks, you'll realize how did I live without this album. One reviewer, after referencing the lyrics “You know I dreamed about you / For 29 years before I met you,” from the song "Slow Show, stated, "Funny, I feel the same way about this record, as if I’d been waiting for it all along." Seriously, it's that good.


I've just put out a new EP called ‘Harmonium’ and would like to send you a copy -- if you drop me your address I'll put one in the post.

Ps you wrote a lovely review a few months ago of my last album called ‘Frieze’. Many thanks for that!